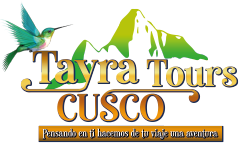 When you book with an account, you will be able to track your payment status, track the confirmation and you can also rate the tour after you finished the tour.
Sign Up
3225
DetailItineraryPhotosReviews

On this half-day tour of the Sacred Valley from Cusco, you will visit the main sites that will give you an overview of the valley and its impact on life today.

The Special Sacred Valley is for those people who do not have enough time, where you can visit several important places to the maximum in a single day.

Chinchero is a Peruvian town capital of the homonymous district located in the province of Urubamba in the department of Cuzco. It is the birthplace of the hero of Peruvian independence, Mateo Pumacahua, who participated alongside the Angulo brothers in the Cuzco Rebellion of 1814.

The monumental zone of Chinchero was declared a historical heritage of Peru on December 28, 1972 through the R.S.N° 2900-72-ED Archaeological Park with the National Directorial Resolution No. 515 of the year 2005.

The Chinchero Archaeological Park covers an area of 34,800 ha. Chinchero was occupied before the Inca Empire. During the Tahuantinsuyo, the Inca Túpac Yupanqui planned the construction of palaces for the elite. Currently you can see the remains of the palace on which the colonial church stands.

Many archaeologists and anthropologists believe that the Moray ruins were once used as a means of conducting agricultural experiments. Part of the evidence to support this is the extensive irrigation system (fed by water from a reservoir located high in the mountains) designed into the terraces.

Moray’s microclimate likely allowed the Incas to conduct agricultural research and identify the best conditions for crops to thrive. Furthermore, all of this suggests that the Incas used their knowledge of the environment to capitalize on their natural resources.

Las Salineras de Maras is made up of more than 3,000 natural salt wells near the town of Maras. Each of the wells have a dimension of 5 square meters.

The 3,000 pools are fed by an underground hypersaline spring that originated 110 million years ago during the formation of the Andes Mountains.

Currently, these natural salt pools attract hundreds of tourists. The view that you get from this landscape is beautiful.

The people of Maras market this salt, just as the Incas did hundreds of years ago.

Ollantaytambo (in Quechua: Ullantaytampu, “warehouse or inn of Ollanta”) is a Peruvian town and Inca archaeological site, capital of the homonymous district located in the province of Urubamba, in the department of Cuzco. It is located about 90 km northwest of the city of Cuzco.

During the Inca period, Pachacutec conquered the region and built the town and a ceremonial center. At the time of the conquest it served as a fort for Manco Inca Yupanqui, leader of the Inca resistance. In Ollantaytambo there are resistance platforms (to avoid landslides), not agricultural as in the other archaeological sites of Cuzco. Today it is an important tourist attraction due to its Inca constructions and for being one of the most common starting points of the Inca trail to Machu Picchu.

Písac is a Peruvian town located in the Cusco region, province of Calca, district of Písac. It is also the capital of the Pisac district.

It is located 30 kilometers from the city of Cusco at an altitude of 2966 meters above sea level. The town is known for its craft fair.2

At the top of the mountain is the archaeological park of Písac, built between the 10th and 11th centuries.

This day we will pick you up from the hotel from 6:35 to 06:45 am to start our tour. THE SACRED VALLEY OF THE INCAS, is located at a height of 2790 meters above sea level which includes CHINCHEROS, MORAY RINGS, SALINERAS, URUBAMBA, OLLANTAYTAMBO AND PISAQ, in each of them there are archaeological remains that were built by the different Incas, the sacred valley It was historically one of the main production points due to the richness of its lands, today it is the place where the best corn grain is produced. Our first stop will be in CHINCHEROS, which still maintains its traditional textile and ceramic art, where we will visit its colonial church that highlights its most important paintings from the 15th and 17th centuries, MORAY, which was an agricultural research center where cultivation experiments were carried out at different heights. then we will visit SALINERAS DE MARAS, which has more than 3 thousand pools, of various sizes and dimensions, the same ones that belong to the local families, who in dry weather take advantage of the salt that is generated to treat it with iodine and sell it in the market. Continuing the trip we will arrive at URUBAMBA where we will have a buffet lunch and then visit the city of OLLANTAYTAMBO, which has an antiquity dating back to the fifteenth century, and finally we will visit PISAQ, which offers an archaeological zone and a craft market. Finally we will return to where the car will leave you 2 to 3 blocks from the main square of Cusco.

Zipline in the Sacred Valley 4 Ropes (Half Day)