When you book with an account, you will be able to track your payment status, track the confirmation and you can also rate the tour after you finished the tour.
Sign Up
1196
DetailItineraryPhotosReviews

If you are inquisitive to discover more about Incas history, then you can’t skip Vilcabamba Espiritu Pampa Trek. This is truly an off the beaten track trekking experience. It takes you to the last capital of Incas. Vilcabamba in Quechua means “sacred plain”, it’s modern name is Espiritu Pampa – plain of the spirits.

Under the leadership of Manco Inca, the Incas won the battle of Ollantaytambo in 1537 against Spanish intruders. This however was not a complete victory over the Spanish colonisation.

Due to Ollantaytambo’s close proximity with Cusco, Manco Inca was certain that the Spanish troops would return with much force and would defeat Incas.

With this fear, he moved to Vitcos Rosaspata. Far away from their reach and eventually to Vilcabamba. In 1539, he declared it as the capital of Neo-Inca state. It remained as their capital until 1572.

On 24th of June 1572, Spanish troops led by Francisco Toledo invaded Vilcabamba. They captured Tupac Amaru, the last Inca monarch. On 24th of September, 1572 at the main square of Cusco, they beheaded him.

This marked the end of the Inca empire. After the Spanish conquest, the Incas abandoned Vilcabamba.

It was in 1911, Hiram Bingham III travelled around searching for Vilcabamba. He unintentionally stumbled upon Incan ruins of Machu Picchu and assumed that it was Vilcabamba. However, in 1964, another American explorer, Gene Savoy reached Vilcabamba and wrote a book named Antisuyo.

On this seven days trek from Cusco, our local expert will give you an experience of a lifetime. You will be retracing the last footsteps of Incas to their final stronghold- Espíritu Pampa. We will also be visiting other ruins on our way.

Please Note: The trek involves some high altitude mountain passes. It is highly recommended that you spend at least three days in Cusco and acclimatize before the trek.

Early in the morning, we will be picking you up from your hotel in Cusco. Then in our private transport, we will embark on a drive to the cloud forest. Driving through the Sacred Valley of Incas we will reach Abra Malaga Pass (4300 m | 14108 ft).

From here you will have a captivating view of the valley and Andes. After enjoying the sight, we will start descending through the high jungle. On this route, we will be witnessing different tropical fruit plantations and coffee, tea plantations too.

Passing the village of Chaullay, we will reach Huancacalle (2995 masl | 9826 ft). Here we will stop for lunch before starting the Espiritu Pampa Vilcabamba Trek in the afternoon.

We will begin the trek to Vitcos – Rosaspata. This is an important site in Incan mythology. Renowned Incan ruler, Manco Inca II was assassinated here. Our local expert will be giving you a detailed tour of the Inca Sites.

We will also be visiting Ñusta Hispana. It is a massive white ceremonial white rock which was sacred to Incas.

After the tour, we will be heading to the campsite in Huancacalle where we will be spending the night.

Early in the morning, we will wake you up to a hot cup of tea or coffee. This will be followed by a nutritious breakfast. We will then leave our campsite in Huancalle. We will start with a gradual uphill hike to the New Vilcabamba.

It came into existence during the Spanish era. Along the way we will cross the highest point of Espiritu Pampa Vilcabamba Trek, Collpajasa Pass at 3864 metres.

From the pass, we will descend to an ancient road which was popular among Incas. This road is no longer active. We will then reach Pampacona River. Here we will be stopping for lunch.

After a nutritious lunch, we will continue the trek to Ututo. Here we will be camping for the night.

After breakfast, we will start descending down to Huayna Pukara. This was the last site where the Incas fought with Spanish. Our guide will give you a detailed tour.

You will discover many new things that you cannot find in guide books or online. Our local experts have a wealth of knowledge in history.

We will then be crossing a wooden bridge that connects the town across river Locomayo and Chalca. Then we will trek through the jungle to Vista Alegre. We will be camping here for the night.

After a hearty breakfast, we will start the trek retracing the footsteps of Incas. Following a lesser known path on Inca trail, we will reach a lush rainforest region. Here you will have the opportunity to see many native plants and birds.

Gradually hiking through this beautiful setting, we will be reaching Concebidayoq. Here we will be camping for the night.

Once here, we will leave our things in the campsite and have a guided tour of the last capital of Incas, Vilcabamba Espiritu Pampa archaeological site.

After the tour, we will be returning to the campsite.

You will be waking up in the last capital of Incas to the sound of chirping birds. Our crew will have your breakfast ready. We will then hike for five hours to a remote village, Chihuankiry.

Here we will have lunch. Then we will travel in a van on the Quillabamba road to Serranuyos. It is 10 minutes away from Quillabamba. We will be camping here for the night.

Serranuyos is home to coffee plantations. After having breakfast, we will be touring some coffee and cocoa farms. Here you can savour freshly brewed coffee and/or hot chocolate. We will then stop by the Cuyapy river for lunch.

While our crew will arrange the tables you can take a dip in the clear waters of the river. After lunch, we will return to Cusco. It will be a six hours drive. 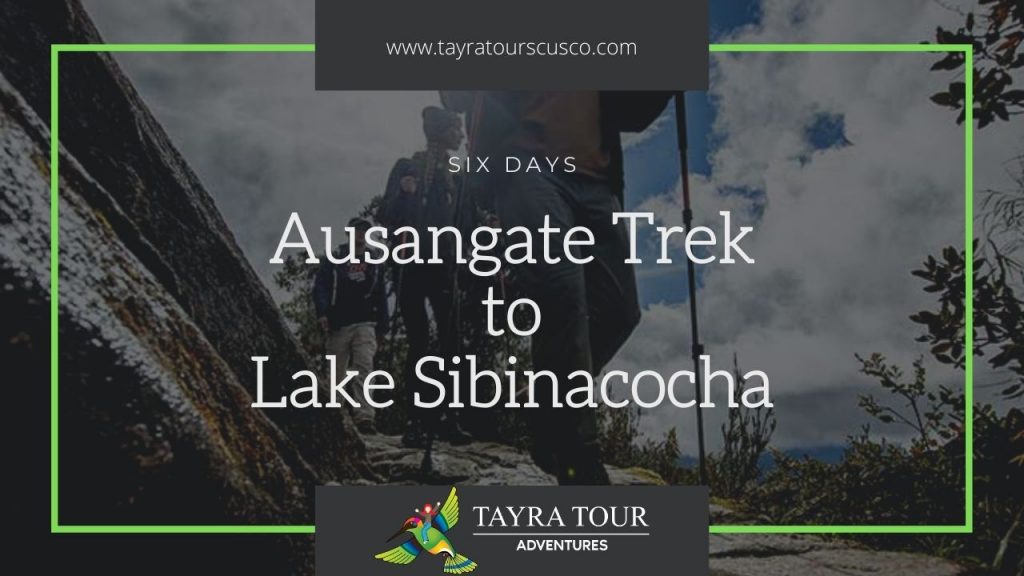 Extremely grateful to Richard and his crew for this fun-filled informative trek. Learnt a lot about Incas and Spanish colonisation. It was a mix of all, adventure, history, trek, scenery, local life. Highly recommend this.